First of all, what is Dynamic Keyword Insertion (DKI)?

DKI is actually a kind of tag we can use in text-ads to replace a part of the text with the keyword that triggered the ad. For example:
In a certain ad group we have keywords like computers, laptops and PCs. So we’ll use the word “Computers” as a default value as shown below:

The cool thing is when a user will search for “Laptops”, AdWords will replace the default word “Computers” with it:

So how it’s done?

We write the dynamic keyword this way: {Keyword:Computers}. this word is actually the default value that will be displayed in case that the keyword triggered the ad exceeds  the character limit (example: Dell G50-80 Touch, which couldn’t get in with the rest of the headline limited to 25 characters). That being said, sometimes Google will still allow us to exceed our character limit by up to 5 characters in order to show the dynamic value. In addition, Google won’t count {keyword:} as a part of the ad so it won’t “cost” us any characters.

Before you go live with DKI, it’s important to pay attention to some things that can harm your creative or even cause a trademark violation:

What isn’t every one doing?

If something wasn’t clear or if you have any questions, feel free to ask anything in the comments below, I promise to do my best to answer! 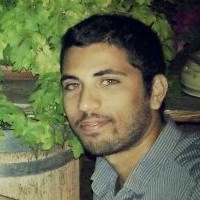